Building codes vary from state to state, and even in local jurisdictions within the individual states themselves. Most localities have accepted the National Electrical Code (National Fire Protection Association-NFPA 70) as the standard for electrical construction (California amends it to the California Electrical Code). However, due to their varying inherent conditions and threats, every state is different, and most jurisdictions within a given state will at least modify, if not completely revise, the overall code specified by the state.

Whether you're a contractor building the city's latest high-rise or an individual homeowner putting up a portable building to store tools, house livestock, or just add on a place to tinker with an old car, knowing exactly which codes are required for your area is a must. While suppliers can advise you on the codes for your area, the ultimate responsibility falls to you when it comes to ensuring they're all met. And if they're not, know in advance that the penalties will be steep, with fees from $5 to $500 that continue to accrue daily for each day the violation is unresolved. 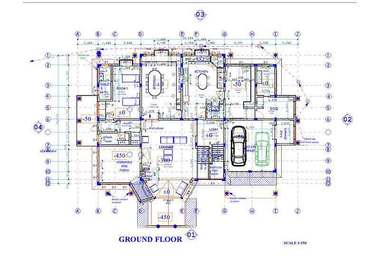 What makes a safe electrical system in one state is going to be the same as in another, whether we're talking about Alaska, Georgia, New York, or Maine. This means there really doesn't have to be much difference in electrical construction requirements from state to state.

However, what makes for a safe building in Topeka, KS, isn't exactly going to make for a safe building in Lockridge, CA or Miami, FL. The reason being: Kansas gets tornadoes, Miami gets hurricanes, and California, as we all know, gets earthquakes. California also experiences longer dry spells than Kansas and Florida. Buildings in California needs to be able to sway and absorb vibratory motion of the ground, whereas buildings in Kansas and Florida need to be more rigid to stand up to high velocity (and sometimes swirling) winds.

Different states also have different laws regarding renewability or sustainability, which will be included in the codes for those states. A quick perusal of the California Building Code, for example, shows entries for Green Buildings Standards.

On the other hand, taking a quick look at the Kansas energy codes shows no special reference for green or sustainable technologies. They do, however, specify that new or unoccupied buildings must conform to the International Energy Conservation Code (IECC) for 2003.

The aforementioned California Building Codes page may seem confusing, but it really isn't. The code is broken down into sections:

Each section of the code is further divided in almost exactly the same way.

Here's an example of the layout or body of the code: 2010 California Residential Code, Title 24, Part 2.5 (First Printing Includes Errata, Supplement through January 1, 2011). Chapter 6 covers the construction of walls in residential buildings and is broken down into 13 different subsections, each of which is also broken down into at least three sub-subsections.

Apart from the potential for disaster, different areas of the United States employ a variety of construction methods, with techniques for construction in cold climates vastly different than those in a warm region. Knowing these difference, or at least the portions that relate to your construction project, will ensure you steer clear of penalties and get a finished building that serves its purpose comfortably and safely.

Compare Quotes for Residential Steel Buildings and Save

SEE ALL
US Buildings