Three Lessons Retailers Can Learn From the J.C. Penney Saga 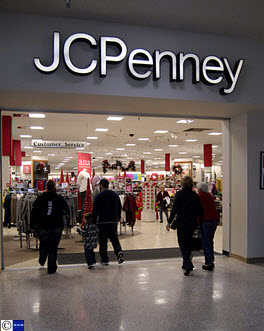 Earlier this month, the public saw the end of Ron Johnson’s nearly two-year tenure as the CEO of J.C. Penney. With it ended one of the more interesting chapters in retailing history. The former Apple retail executive, who was credited for the brand’s innovative and wildly successful brick-and-mortar stores, was hired to help return J.C. Penney to its status as one of America’s great brands.

He only accomplished in plummeting the brand further into its abyss.

Fundamental to Johnson’s turnaround strategy at J.C. Penney was the launch of a “fair and square” pricing program. The strategy eschewed percent-off sales and coupons in favor of everyday low prices.

Consumers never warmed to the “new” J.C. Penney, which was reflected in the company’s earnings; sales fell 25 percent in 2012, Johnson’s first full year with the company, costing J.C. Penney $4.3 billion in revenue. And things weren’t getting better this year; same-store sales were down more than 10 percent year-over-year in the first quarter.

J.C. Penney’s shareholders are turning to a figure in the retailer’s past to clean up the mess left by Johnson. Along with the announcement that Johnson was being relieved of his duties, the company announced that Myron “Mike” Ullman would be his replacement. Ullman served as Penney’s CEO from December 2004 to February 2012.

One of Ullman’s first moves since returning to the helm at J.C. Penney was to bring back sales and coupons, casting Johnson’s everyday low pricing model aside. The move aims to win back Penney’s disenfranchised target customer, who is older, poorer and more price sensitive than the average customer at Macy’s or Target – according to a February survey by Prosper Business Development, a market research firm.

While only time will tell if J.C. Penney is on the road to recovery, there are numerous things that retailers can take away from this situation right now to improve their businesses. They include the following:

Put your customers first in any decisions you make

Many critics believed Johnson’s fair and square pricing strategy was motivated more by personal glory than the best interest of the brand’s customers. Keep the customer at the heart of any business strategy, using the four pillars of retail success that speak to customer requirements to make the right decisions and innovations for sustainable growth:

Remember, it’s easier (and a lot cheaper) to retain an existing customer than it is to acquire a new one.

J.C. Penney rolled out its new pricing strategy without first testing it in select markets or getting customer feedback on it. What resulted was predictable: J.C. Penney’s customers pushed back against the drastic change in pricing.

Ron Johnson will be praised for the outstanding job he did at Apple, but not for his work at J.C. Penney. REX Photos

Ron Johnson deserved all the praise bestowed upon him for being the leader of Apple’s highly profitable retail stores, but that alone didn’t mean he was the right person to lead J.C. Penney. The two brands are very different. Apple sells premium products at full price to a younger demographic, while J.C. Penney sells general merchandise to an older, more price-conscious consumer.

The lesson: Don’t overlook the role of context when looking for your next key hire.

Finding the right fit for your company’s culture and brand should always be the No. 1 criteria in talent evaluation.