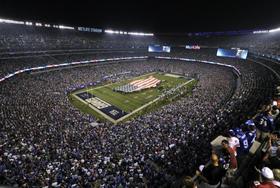 As we approach two of the biggest sporting events to watch and attend, we need to keep in mind what that entails and some basic precautions we should take:

The Super Bowl takes place this weekend in New Jersey. This creates a security nightmare for those tasked with protecting the attendees, players and venues. This year's Super Bowl will utilize thousands of staff from Federal, State, Local and Private Entities, costing millions and millions of dollars.

We have seen security measures such as:

Law Enforcement is stressing that people should not drive to the game, but should that be the path you have chosen, you would need to apply in advance for a parking permit. Transportation has been set-up from many access points to move people in and out, with supervision of the vehicles and routes.

Similarly, we are fast approaching the Olympics in Sochi Russia and there has already been serious issues occurring prior to the games beginning; bombings, with threats of more unrest by militants and lone wolfs are of major concern.

Russia has implemented a "Ring of Steel," including four-times the amount of law enforcement and security staff as what was used in London. No Olympics has seen this type of security plan ever!

Of major concern are the areas surrounding Sochi, as they will become vulnerable with all the staff being deployed for the games. The Russians have implemented drones, CCTV cameras at every possible location, robots for bomb detection and response, and many more sophisticated technologies.

What can you do at any event such as the Super Bowl or Olympics? Prepare and stay alert!

While there are dozens more you could focus on, common sense and being alert to your surroundings are the key to attending any event. Enjoy the games if you are going and remember that the people trying to protect us and the games do an amazing job and can use our support as well. Every extra set of eyes and ears can make a difference.