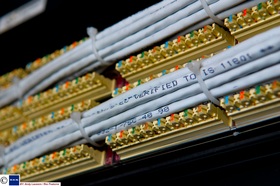 For increased efficiency, many businesses and schools have set up computer networks to share data and computer resources. Because they act as the pipeline for data and the connection to the Internet, cables are perhaps the most essential element of a computer network.

With so many types of network cabling, though, it's important to know the benefits of each type.

Setting up the data pipeline

One of the more popular Cat5e variants. Used mostly in N. America, this cabling has four twisted pairs (generally blue, orange, green, and brown, each paired with its own white strand) and lighter shielding than the shielded twisted pair. This cabling comes in fire rated (plenum) and non0fire rated types.

This is a solid, economical cabling for data and voice networking. Typically a box of unshielded cable will cost around $100 for 1,000 feet.

Other than the extra shielding, this cable is indistinguishable from unshielded twisted pair. Again this cabling comes in fire rated and non-fire rated varieties. Shielded cable can cost between $175- $200 per 1,000 foot box.

Anyone with cable or satellite television is familiar with coaxial cable, which uses a single copper cable surrounded by insulation. Invented in 1929, this type of network cabling is ideally suited for closed-circuit television transmission and streaming video but has not been used in computer networking since the 1990s.

Because computer networks need to process data at faster and faster rates, fiber optic cables are becoming increasingly popular. Rather than a copper core, fiber has a glass core small enough to be measured in microns. Light impulses then carry the data at high speeds with very little signal loss.

Fiber optics is often used to carry large transmissions of data from station to station on campus solutions (computer rack to computer rack) as it does not have the limited distance of Cat5 and Cat6 cabling. Where Cat5 and 6 are limited to roughly 100 meters (316 feet), fiber can reach as far as 1,000 meters (3,165 feet) without the need to install a repeater.

Fiber can be used in place of Cat5 or 6 but a digital media conversion device has to be used (converts digital to light and back). Fiber comes in varying thickness and modes of functionality and this impacts pricing substantially. For example; 12 strand multimode fiber can cost between $450 to $500 per 1,000 roll, whereas single mode fiber of the same thickness will cost roughly 40% less.

When setting up and maintaining a computer network, it's important to look at your needs when selecting the types of network cabling you need to use. Cat5e cables can reliably serve a network for years, but if your company plans on expanding in the near future, investing in Cat6 makes good business sense.

Over the last few years, though, wireless technologies have become increasingly popular in both the home and office. With a wireless router, you can connect multiple computers to a printer or a high-speed modem, reducing the number of cables needed for the network cabling. Wireless access points (WAPs) still require cabling however as do closed (secured) networking as do CCTV and data rack solutions. Thus, cabling is not going away completely for quite some time.

Compare Quotes for Cabling and Wiring and Save