Now Google is testing same-day delivery, too. That isn't likely to have Amazon, eBay, Walmart or any other quick-delivery wannabes quaking in their boots, because Google's trial looks pretty much like all the rest. But there's a question overshadowing all these efforts. 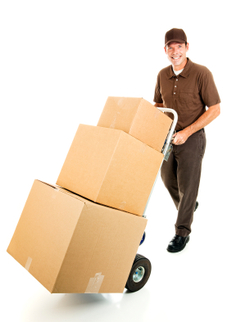 How quickly do either E-tailers or brick-and-mortar chains have to do those deliveries?

For those few critical days before Christmas, any same-day delivery for last-minute orders, could be a high-margin bonanza for retailers as panicked shoppers are willing to pay full price. But for the rest of the year, the customers already know what they expect when they order something for quick delivery.

And the benchmark to beat isn't Amazon. It's Domino's.

Details of the Google trial in San Francisco are scarce. But according to a New York Times report on October 26, 2012, its customers are limited to Google employees and hangers-on. The search giant has cut deals with existing delivery companies and with several national chains for the products to deliver. Google's role is presumably to accept orders, handle the money and coordinate the deliveries.

In other words, it sounds a lot like eBay's same-day delivery experiment, except that Google hasn't committed to eBay's one-hour delivery time (the Times story says Google will deliver "in a matter of hours).

Some tech bloggers with overactive imaginations have also suggested that Google plans to use its experimental self-driving car for deliveries to cut out the cost of the driver.

Leaving aside the astronomical cost of insurance for that plan, (what could possibly go wrong with a car piloted by Google Maps?) it would mean the customer would have to walk outside to the double-parked car, figure out how to retrieve their package while not stealing anyone else's, and somehow securely sign for it.

Someday, maybe. Today, a driver is definitely a better idea.

The fundamental problem with all these quick-delivery trials is that they're calibrating their efforts with an eye on Amazon. The thinking seems to be that if Amazon requires ridiculously early ordering and only offers a four-hour delivery window in the evening, that's the minimum competitors have to meet.

Yes, that is same-day delivery. And for a few days of the year right before Christmas, when conventional delivery for E-Commerce orders becomes impractical, that type of same-day can be really profitable for last-minute orders from shoppers who are willing to pay for the privilege and wait around for the package to arrive. Right now, E-Commerce drops off dramatically on December 21. Any type of same-day delivery can recoup sales on those lost days.

But the other 360 days of the year, that's not realistic. What is realistic is that lots of customers enjoy same-day delivery all the time, and they have for decades. They order a pizza and, in something less than an hour, it's at their door for a small delivery charge. That's what shoppers are going to expect from same-day delivery.

Not “order before noon.” Not four-hour delivery windows. Not even a long delay between ordering and delivery.

Customers know they can have a pizza delivered in an hour. They know it's no harder to deliver a pair of shoes or a sweater than it is to deliver that pizza. If Domino's can deliver inside a 30-minute window, why can't Walmart, eBay, Google and Amazon?

They don't care that Amazon needs a long lead time because its few-and-far-between distribution centers are set up for shipping, not quick delivery. Or that Walmart's use of UPS for deliveries means it's stuck with UPS's turnaround time.

Pizza chains have set the standard: You have to deliver the goods before the food gets cold.

And customers know it's possible, because the pizza chains do it all the time. It's not even just pizza anymore. Many cities now have restaurant-delivery services. On Wednesday, October 31, 2012, Burger King announced it is extending its Washington, D.C., delivery trial to Miami. Target delivery time: 45 minutes. Typical delivery charge: $1 to $2.

That's a long way from what Amazon, Walmart and Google are offering.

It appears eBay is the only same-day experimenter that currently understands this idea, claiming it will complete deliveries within an hour for $5. We don't know whether that's actually happening, but suppose it is. Then eBay only has one problem: Nobody in retail believes eBay can actually afford to deliver items from other chain's stores inside an hour for $5. Walmart, for example, is running deliveries out of its own stores and requires a four-hour lead time and a four-hour delivery window — and still charges $10.

Why? Probably because eBay really can't make money at this.

It would have to launch a whole new business to turn a profit, in any case. That means the stakes are low, and eBay can afford to burn through its budget for the trial. Google is in much the same position — if anything, it has even less skin in the retail game than eBay.

On the other hand, Walmart (like other brick-and-mortar chains) has a huge opportunity in same-day —make that same-hour — delivery that leverages the advantage of all that existing, expensive real estate.

The irony is that, at its core, this is about logistics and integration. It's 90 percent IT, and Walmart has already solved 90 percent of the problems. Walmart has systems to optimize how to make deliveries. It knows how to track inventory and fill orders. It has site-to-store in place. In principle, the chain just needs to tack on quick delivery, guided by tweaked logistics beamed to a smartphone in the delivery guy's car.

In practice, it'll be harder. And Walmart has never been in the pizza business, so on-demand same-hour delivery may sound impossible. Being just slightly more convenient than Amazon, and only a little more expensive, sounds a lot more appealing.

It's easy to rationalize that customers won't mind waiting hours for a long delivery window to roll around — after all, same-day is still a lot better than next-day, right? Except after more than three years, hardly anyone even remembered Amazon's "order by 10:00 AM and we'll deliver by 8:00 PM" same-day program until the Financial Times rediscovered it this summer. Hardly sounds like a customer favorite, does it?

Yes, customers will mind waiting, especially once they make the comparison to food delivery. And yes, chains — especially Walmart — can probably figure out how to make this work so it's about as fast and cheap for customers to pay for same-hour delivery as it is to drive to the store.

But not until they wake up and smell the pizza.