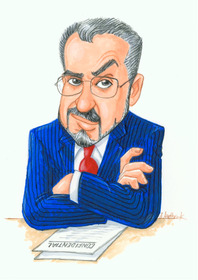 Evan Schuman is Editor at StorefrontBacktalk.com, a site that tracks retail technology and e-commerce issues and has been a journalist for far longer than he'll ever admit. He has covered business and technology since the late 1980s, serving as Editor-at-Large for CommunicationsWeek, News Editor for TechWeb, News Editor for InformationWeek, Managing Editor/News for Open Systems Today, Retail Editor for Ziff Davis (which at the time meant his coverage ran in eWeek, PCMagazine, CIOInsights, Baseline, and various others), reporter for RISNews, and retail technology columnist for CBSNews.com.

Schuman was named one of the top 10 most influential online journalists by Marketing Computers magazine and has won various state reporting awards for his investigative reporting work. On the corporate marketing side, he's consulted with companies ranging from IBM, Microsoft, Cable & Wireless, and Lucent to Cisco, Toshiba, CapitalOne, and MCI.

◁ Back to Retail Insights