Are Risky Transactions Masquerading As Card-Present?

At a panel last week, a Best Buy finance exec questioned whether card-not-present rules make sense (and she's hardly the first). It's not just NFC, which may or may not end up having a major impact on mobile payments, at issue. Rather, it's various other mobile payment methods, including stored-and-accessed card data systems such as iTunes and PayPal. 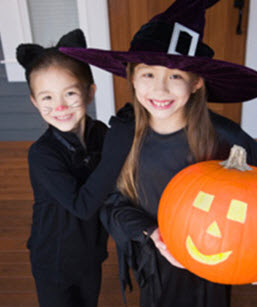 The original idea of card-not-present was simply a way to justify a higher interchange rate for less-secure transactions. The premise was that fraud is less likely when a mag stripe card is swiped and potentially examined by an associate than it is when a shopper types numbers into a browser or tells them to a call center rep on the phone.

But what happens when the card data is authenticated and used repeatedly — a la iTunes, PayPal and many mobile apps? What if the card is physically swiped and that data is then stored on the phone?

Card-not-present is only meaningful today in one respect: In a few years, mobile payments will indeed likely make almost all cards not present.

The Best Buy comment, made during an October 25 panel by Best Buy finance director Dee O'Malley, spoke of buy-online-pick-up-in-store: "A prime example in our stores today is pick-up services. Is that a card-present or a card-not-present transaction? The industry has come up with these rules, and they don't fit these new business models,” according to a report in American Banker.

Back in August, PayPal VP of Retail and Prepaid Products Don Kingsborough was asked about the card-present implications when PayPal announced its Discover deal. He said it was unclear and that "it depends on the kinds of transactions. More will come out about this as we get closer to the launch in the second quarter."

Let's get back to the original premise. Setting up lower interchange rates for more secure payment methods is a fine approach, but the focus needs to be on what is truly more secure. Indeed, with the popularity and relative ease (for professional cyber thieves) of card cloning, it's highly doubtful that the existence of a physical card is even that much proof of a secure transaction any more. Isn't a verified transaction, which can also track location and a wide range of other identifiers, more likely secure (or at least more easily prosecuted) than a plastic mag stripe card?

Best Buy's buy-online-pick-up-in-store example is interesting in that it may be far from the ideal example. With Best Buy (and many others), those transactions are truly E-Commerce purchases. The retailer does ask to see the card that was used when the product is picked up, but the card is not swiped. So the security mechanisms that exist during a physical mag stripe swipe don't exist. (Let's not get into whether those mechanisms are really that secure. At least not today.)

As long as the card is being presented, Best Buy could actually swipe the card and have that be the official transaction, but it would be messy. That said, as long as the only transaction is just a shopper typing numbers into a browser, I have to side with the card brands in saying that it's clearly higher risk. Does displaying the physical card hours later truly negate that risk? Given the lackadaisical inspections we've seen associates deliver—barely a step beyond inspecting signatures—there's no meaningful risk reduction.

The same argument that points to all the ways mobile interactions can be tracked can also be flipped to point out all the new and untested ways thieves can access sensitive payment data.

NFC's secure element (the heart of its protections) operates not dissimilarly from a token vault, in that it adds stronger protections to surround a huge collection of valuable data. Like a bank vault, the walls are thicker and the locks higher quality. But there are also a lot more attractive goodies inside. By consolidating those data goodies, it makes it easier for thieves to justify much more extensive efforts. And if the thieves do break through, they can inflict far more damage.

Indeed, today's typical fraud detection techniques could be thrown off by such an attack, because that system is used to shutting down one violated card to halt fraud; and not shutting down every associated card in someone's mobile wallet, which is what would be needed.

This gets even trickier.

Google Wallet uses the NFC Secure Element as a token vault, while Isis and most other NFC implementations use the Secure Element as a card-number vault. If thieves break through the vault walls, with most NFC implementations, they will have all the card numbers. With Google, though, those thieves will have only an account number that they might be able to use to get access to all the other card numbers if they can get through another layer of security.

The new Google approach has issues not because thieves might be able to break through those vault walls but because the Google "token" comes out of the vault. That's when thieves might be able to grab it, as it's passing through the POS system on its way to Google. And then the fact that it potentially delivers all the card numbers means the cyber thief gang could be detected on one card (which will be shut down momentarily) while the gang moves to the next card and then the next.

Until card-brand fraud systems start to associate groups of cards within a single mobile wallet, where a breach in one card automatically shuts down all the associated cards, that hole will exist.

As companies take advantage of the high-tech elements possible within mobile transactions, so, too, can the thieves.

A statement issued on Wednesday (Oct. 31) by an Israeli mobile forensic vendor, for example, was intended to provide comfort but actually should make retail security folk quite nervous. The statement, from Cellebrite reminded everyone that its software could deliver "full physical extraction of iOS 6 data" and "the extraction of all hidden and deleted data from devices running Samsung's Jelly Bean OS, as well as the bypass of pattern, PIN or passcode locks on supported Android devices."

In other words, all the sophisticated elements of mobile devices, the elements that have the potential for truly authenticating purchases, along with purchasers, can just as easily be turned into tools for thieves. And until this new functionality is truly mastered by retail IT, the thieves are likely to get there first.

This gets back to the PCI Council, the card brands and the retailers getting together to agree on the best mobile payment practices and procedures and to award those procedures lower interchange regardless of whether they are card-present. That would get into the argument of what's really more secure, but at least that's the right argument to have.

And that's a huge step up from the discussions happening today.