The Interchange Revolt: Fears Of Walmart And Google Dominate

When a group of retailers pushing its own mobile payments approach formally announced its name, the Merchant Customer Exchange (MCX), and a sampling of its newer members (7-Eleven, Best Buy, Lowe's and Sears, among the bigger names) on Wednesday (Aug. 15), it was the culmination of more than two years of talks. But with so much having changed in recent months, there are serious questions about what the group can realistically accomplish.

This comes on top of the usual political bickering when an organization includes such suspicious rivals as Walmart and Target. Indeed, participants also describe collisions between the group's treasury/finance people (who represent the bulk of the dues-paying members) and those same chains' marketing/mobile groups (who have very different objectives).

Interestingly enough, fear is both reinforcing the group and threatening to tear it apart. Fear of information-digesters such as Google (with its Google Wallet) and PayPal is helping the group to try and craft an alternative, while internal competitive fear of each other is undermining those goals.

Officially, the group has neither a CEO nor explicit leadership. Unofficially, though, participants say that Walmart in general, and Mike Cook, Walmart VP and assistant treasurer, in particular, seems to be running day-to-day operations. The more Walmart is perceived as being in charge, the less comfortable some other retailers are with fully supporting the group, participants said. 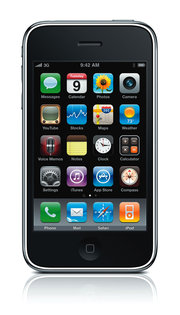 For the record, MCX has a mobile app "in development" with some level of "mobile wallet functionality," said MCX spokesperson Jeremy Mullman. Mullman said MCX is not talking about the functionality or other attributes of the app, nor is it saying when the app is likely to be released. One participant said the app is not likely to be in the market for at least a year.

That's a very long time in the world of mobile payments. Part of the challenge of this type of a group, which we pointed out when the group's formation was first discussed publicly in March, is that the very powerful and well-financed members are pledging dollars and support. But all of that is highly conditional on market conditions, among other elements.

In short, when the app is complete, member retailers will decide to deploy based on what the current market alternatives look like. Plus, their funding will come in chunks and will again be based on how things look at that time. So the money and support being touted by the group are far from certainties.

Forget the last two years or even one year. In just the last few months major moves in mobile payments have changed many key assumptions. Starbucks' deal with Square, for example, is raising questions about new ways to handle card-processing costs and how much mobile payment can be outsourced. Interestingly, the processor that had been handling Starbucks' business until losing out to Square, First Data, is the processor most actively involved with MCX.

Burger King's experiment with QR codes and cloud payments is also getting a lot of interest, as it addresses those same issues but in a different way. Even Macy's creative effort to leverage its audio system to do (and do cheaply) mobile checking is getting attention, as the vendor involved is also preparing customer-location services that also ping off existing audio speakers.

One MCX participant described the initial reaction to the Starbucks-Square deal as a sign of the changes:

"A lot of heads bobbed up from the table (for Starbucks' deal). It is indicative that the sort of old-style payment-based way of thinking about mobile wallets could easily be leapfrogged by some of these technologies. The momentum is swinging and bypassing the POS," the participant said. "It starts to address the fundamental problems that the retailers had when this began. The marketplace has changed dramatically from the time this project began to the announcement this week. For example, we have pretty much agreed that NFC is now a bit player."

Another participant questioned how fast this type of group could move.

"The fact is that this is not 1970. A team of competitors does not appear capable of competing with a fast-moving high-tech startup," the participant said. "No matter how you turn it, the structure does not allow for innovation."

Payments analyst Todd Ablowitz, president of the Double Diamond Group, agreed with some of these hurdles. "The key to this is how fast [MCX] can make it happen and how innovative it can be, given these challenges from these super-innovative technology companies" such as Square and Dwolla, he said.

The landscape is changing in other ways, too – ways that directly impact retail ROI calculations for mobile investments.

MCX's origins began more than two years ago, when initial talks with retailers and others in the payment industry started. MCX was one of the initial names being considered, along with the Merchant Purchase Network (MPN).

The timing of the announcement in mid-August is mostly to help the group recruit new members, to raise revenue. But some members also wanted to wait to see how the interchange settlement talks played out (hint: Visa won) when the settlement was announced last month.

One of the internal battles, which is playing out far beyond the members of this one group, is the objective and attitude conflicts between the treasury and finance people versus the marketing and mobile people.

One participant said "there is inherent schizophrenia. Finance can't drive a business like marketing."

The financial folk are really worried about protecting the company's intellectual crown jewels: data. And the marketing and mobile people believe they need to leverage all of the data they can to build market share and drive revenue. "It's hard to make both ends meet strategically," he said.

Another participant added that marketing needs to push what shoppers want, to get that revenue, while treasury sort of focuses more on the spreadsheet. He gives an example of deals with ultra-low processing fees. "Says the marketer: What's in it for the customers? Says treasury: But it's cheap."