Seeking to level the playing field, brick-and-mortar retailers are waging war against online retailers who have enjoyed the benefit of not having to collect sales tax from their customers. Legislators are trying to get in on the action, too. With online sales booming — U.S. e-commerce sales in 2011 totaled $194.3 billion, up 16.1 percent from the previous year, according to the U.S. Department of Commerce — and state budgets in the red, politicians see an untapped revenue source. Bills such as the Marketplace Fairness Act, Main Street Fairness Act and Marketplace Equity Act of 2011 have been introduced in Congress that would allow states to require all online merchants doing business in that state to collect sales tax. 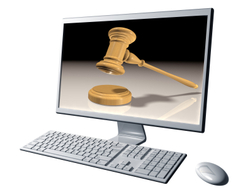 Bolstered with support from big-box retail giants Wal-Mart, Target, Best Buy, Home Depot, Sears and others, legislators have seized this opportunity to potentially add $20 billion a year in taxes to their coffers. Even online retailing giant Amazon.com has come out in support of these bills. In a letter to Illinois Senator Dick Durbin, who sponsored the introduction of the Main Street Fairness Act, Amazon’s Vice President for Global Public Policy Paul Misener said the retailer has long supported a simple, nationwide system of state and local sales tax collection for all retailers, no matter their business model, location, or level of remote sales.

Before a nationwide sales tax collection system can be put into place, however, there are some details that need to be ironed out. Chief among those is simplifying the collection of taxes among the 9,600 different taxing jurisdictions in the U.S. Direct marketing trade groups Direct Marketing Association (DMA), American Catalog Mailers Association, Electronic Retailing Association, and NetChoice formed the TruST (True Simplification of Taxation) Coalition in July to address that very issue. While not disputing the sales tax being due, the group takes issue with how it’s collected.

“The ultimate goal of the TruST Coalition is to simplify the state-by-state taxation process so that when online merchants are obliged to charge state taxes, they aren't overwhelmed by the logistics and potential legal repercussions of this added responsibility,” said Jerry Cerasale, senior vice president of government affairs at the DMA, in a press release from the group.

And then are those who flat out oppose online retailers without a physical presence in a state being required to collect sales tax in that state. eBay and Overstock.com fall into this camp, arguing that requiring smaller online businesses to collect sales tax will result in higher costs and prices for those businesses that compete via their web and catalog sales. The technology and processes required to collect and remit sales tax will cost retailers an amount equal to 15 cents on every dollar of sales tax they charge customers, estimates Steve DelBianco of NetChoice.

Where do I come down on this divisive issue? I do think it’s time to require online retailers to collect sales tax just as their brick-and-mortar brethren do. Add in the growing trend of “showrooming” — i.e., consumers shop in retail stores to examine merchandise for quality, fit, etc., then go online to buy the product at a lower price, frequently with the smartphone — and the odds are beginning to become stacked against brick-and-mortar retailers. That said, requiring online retailers to collect sales tax under today’s antiquated tax system isn’t the answer either. A simplified nationwide sales tax collection system for all retailers is the ideal solution. Now we just need our politicians in Washington to enact such legislation. Don’t hold your breath.