The Battle Over Artificial Turf on Playgrounds

The last time you were at the playground with your kids, did you notice whether or not your kids were playing on real grass versus artificial turf? There are certainly pros and cons to playgrounds with artificial turf. But there are also risks. 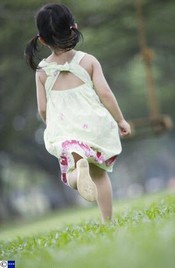 Who uses artificial turf on playgrounds?

Cities tend to use artificial turf the most on their playgrounds. Depending on where the city is, natural grass may be difficult to grow. This is the case in the south western US, for example. The cost of planting, growing and maintaining a lush green patch of grass for a playground are astronomical.

In addition, cities also see artificial turf as a way to go green; since there is no need for fertilizers, chemicals or other agents that can harm the earth, artificial turfs are considered environmentally friendly.

The dangers associated with artificial turf on playgrounds

Cities who have already made the switch to artificial turf on their playgrounds have found that though there are positive effects, there are certainly dangers associated with artificial turf. Some of these dangers include:

Costs for turf and installation

What you can expect to pay will largely depend on the quality you're after. There are a number of different types:

A good rule of thumb is to plan for between $4 to $5 for deluxe playground turf and $2 to $3.50 for standard versions. These costs are provided before tax and installation.

With installation, you also have to factor in supplies (like tape, nails, stakes, etc.), any dumping or delivery fees, and the seller's markup. To budget safely, expect all of this to more than double the price per square foot for the playground turf you're looking at.

Compare Quotes for Artificial Turf and Save