If you're in the market for a storage container, you may be in for a surprise: a combination of factors has led to an unprecedented lack of availability in markets across the country. And even if you can find a dealer who has the container you want, you're likely to spend quite a bit more than you would have a few years ago. Here's a look at why the market is so squeezed and the likely results. 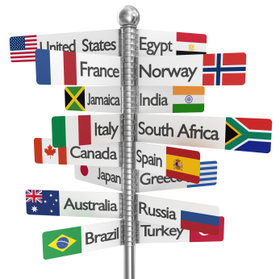 The vast majority of storage containers sold or leased in the US are manufactured in China and purchased new by shipping companies that use them on the massive container ships that form the backbone of international shipping. As they arrive in US ports, they're either emptied and shipped back, with or without US exports inside, or sold off to the secondary market here in the US.

That secondary market is by and large where US buyers get storage containers. Some containers are manufactured specifically for sale here, but the vast majority come from those shipping lines. What could possibly cause those shippers to cut back on the supply?

It's the economy, stupid

As you may have guessed, the global recession was the one of the primary causes of the lack of boxes. When the economy began to slow in 2008, shipping companies began to mothball some of their ships. They've also slowed down the speed of their ships to save fuel, adding weeks to their transit times. That means more full ships at sea, and fewer containers available on US soil -- up to 30% fewer.

There's also been a steep drop in the number of containers being manufactured: because the shipping companies were buying less, the two major factories in China that produce most of the world's shipping containers laid off many workers and drastically cut production.

One BuyerZone seller reports that production levels which had been around 3.5 million TEUs (twenty-foot equivalent units, the stanard measure for containers) dropped to around 220,000 in 2008-2009. With demand rising, manufacturers are scrambling to ramp up production again: 2010 production is estimated to have been around 1.5 million.

Falling victim to their own popularity

A final factor contributing to the shortage is the massive increase in uses of storage containers for non-shipping uses. Buyers are choosing storage containers for temporary construction, on-site storage, and dozens of other reasons, and that demand just keeps on rising. The combination of their strength, ubiquity, and relatively low cost inspired many businesses and individuals to come up with creative uses for cargo containers.

What does it mean for you?

Prices vary considerably from one region to another: some top-tier ports that used to have surpluses are extremely difficult markets right now, including Newark and Baltimore, while other noted ports like Miami and Jacksonville aren't as hard hit.

Beyond just paying more, you may simply be unable to find an appropriate container for your needs: as inventories drop, your options limited and dealers may not want to sell a container outright if they can make more money renting it instead. Their margins have already been severely impacted by these industry changes, so they're trying to focus on more profitable transactions whenever possible.

We don't mean to paint a completely bleak picture: there are still millions of storage containers out there, and the shortage may not impact your immediate area as badly it has some others. But when you submit a request for storage container price quotes, keep in mind that your options may be more limited than you expect.

Compare Quotes for Storage Containers and Save