How Wireless Burglar Alarms Bring Modern Security to Your Home

The key difference in wireless and hard wired systems is in the way that they communicate. The control panel, sensors, and alarm all communicate through radio signals, while electrical wired connection facilitate the communication of these components on a hardwired system. 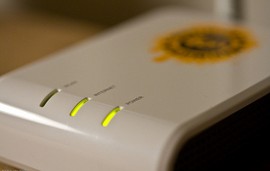 Beyond this fundamental difference, the actual methods for detecting intrusion are essentially the same for both. A majority of systems are based on motion detection using Passive Infrared technology (which works by reading the body heat of an intruder), often times combined with magnetic sensors attached to doors or windows that trigger an alarm when they are opened.

Benefits of a wireless burglar alarm

How do they work?

At the most affordable end of the market there are alarms with a basic but highly reliable functionality consisting typically of motion sensors that trigger an alarm and send a pre-recorded alert to a specified phone.

Not all wireless alarms are based on motion sensors. Alarms can be triggered by the detection of the low frequency sound wave created by the pressure change arising from forced entry into a building. Remarkably this system works simply by plugging a single alarm unit (the size of a small radio) into the mains - with no other type of sensor required anywhere else in the building.

SimpliSafe has a wireless burglar alarm that is easy to install and does not require a monthly service contract or telephone line. It works in any house, apartment or business. For under $300 you can get a package that includes s base station, wireless keypad, motion sensor, entry sensor and one key chain remote. Depending on the number of sensors and the features you want, packages can go up to $540.

A typical feature set from an entry level wireless burglar alarm may look like:


Note: The above list of features as collected from numerous entry level packages. This may not be representative of the alarm package you receive.

Compare Quotes for Home Security Systems and Save