How to Find the Right POS System Reseller for Your Business

Search for a company that sells POS systems and you’ll find dozens that seemingly foot the bill. BuyerZone asks buying expert Donna Crichlow, for her insider’s guide to understanding who sells, services, and maintains POS systems.

There are a lot of companies out there that can sell POS systems. What are the differences between them? 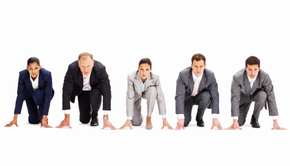 The core difference between resellers is the level of service they can provide before, during and after the sale. Some resellers are large enough and adequately staffed enough to offer a full service solution whereby they are the one number the retailer calls for installation, training, tech support, and other service items after the sale.

A smaller reseller with less staff may do the initial install and training, but may rely on the POS software developer for after sale tech support.

A distributor may simply sell the POS system as a commodity and rely on the retailer to install it, and the POS software company to support it after the sale. This type of reseller is perfect for the do-it-yourself retailer who has adequate technical experience and who does not want to pay for installation and training.

Can all resellers manufacture, install and service POS systems?

No. A small “one-man-band” shop will have a tough go at it, UNLESS they have set up strong partnerships with POS suppliers and established clear cut policies for who will support the end user.

Again, we have smaller resellers who “close the deal” and collect a commission. We then support the customer fully from that point on. That is the agreed upon arrangement from the get go, so there are no surprises.

On the other hand, we also have full service dealers who are the only point of contact for the end users to whom they sell our products. These dealers only call us for support when they need to. Again, this is the agreed upon arrangement under this type of scenario.

What are some key questions I should ask to try to separate the wheat from the chaff?

If the answer is not clear cut and definitive, then chaff it is.

Does a company typically sell multiple brands of POS systems?

It depends on the number of verticals the company sells to. For example, a reseller may offer a restaurant solution, and a retail solution. Within retail, they may offer different solutions for salon, dry cleaners, and general retail, each of which requiring special, specific feature sets.

Ok, time for a horror story. Can you share a story where you had to rescue a client from a less than great vendor experience?

Recently, we replaced a POS system that had only been in place about three months. The major problem was that the reseller, who sold the system, was a brand new reseller who did not know the system well enough to train the user. And the user could get no relief from the POS software developer because the reseller had not established that “clear-cut” support pathway, discussed above, for the end-user.

Thus, the end-user felt like they were left out in the cold.

Donna Crichlow is the Director of Sales for The General Store, a POS system company that specializes in systems for retailers in Florida and nationwide. For more information, contact The General Store directly: (866) 576-1592