Digital Systems vs. IP Phone Systems: Which is Right For Your Business

Remember a time when a phone was just a phone? Those days are long gone and today the choices for business communication are numerous. Currently, two popular choices are digital systems and IP phone systems. 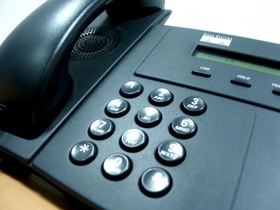 Let's review the advantages and disadvantages of digital vs. IP phone systems:


To summarize, if you are a smaller business who prefers simplified communication and the separation of voice and data, digital phones can suit your needs. A larger business whose call volume is high and have a strong Internet infrastructure will benefit from a modern IP phone system.