Why the Upgrade to Cloud-Based Phone Service Appears Inevitable

In a new study cited by Network World, 70 percent of business owners and management teams reported their office phone services were inadequate. Companies noted their increasing reliance on mobile operations and remote employees, and considered traditional phone services (even VoIP systems) far behind the times. What's more, 92 percent of owners surveyed recognized distinct advantages in a business upgrade to cloud-based services. If you are thinking about switching to the cloud, here is a summary of what awaits your company.

The inadequacy of traditional and VoIP phone systems 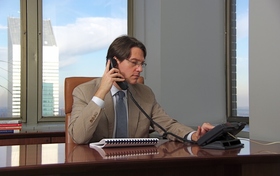 The IT decision-makers who participated in the study consistently noted how the business world has changed, yet those advances were not being met by their phone systems. Emails cannot be reconciled with faxes, and neither option can seamlessly coordinate with an employee's mobile number when a call comes in on a business line. There are too many formats that business phones aren't handling. Additionally, CRM is not integrating at a level that makes teams efficient. All in all, today's phone systems were not scoring high marks for user-friendliness and were considered expensive by a high percentage of decision-makers.

It's normal for businesses to expect more out of technology than it can give them. In this case, those surveyed were briefed on how a business upgrade to cloud-based phone systems would change things. Over 50 percent were excited about the prospect of an upgrade that would make systems more user-friendly, allow for easy expansion of services, and get mobile employees on board through the use of apps that make smartphone numbers business extensions. Of course, 60 percent of those surveyed hailed the reduction in costs as a big reason why they'd change.

How your business would manage a cloud-based phone system

While the prospect of getting superior performance for lower costs sounds too good to be true, cloud systems are more efficient. Companies don't need to house equipment in the office anymore, meaning a business can make the most of their square footage. Also, upgrades to the system will be handled by the cloud-based providers at their location, keeping service visits to a minimum. There's no physical burden, while the cost of the packages overall has come down. In the same way a shift from traditional phone services to VoIP led to reductions in cost, this transition ends up cutting business expenses.

Most managers and owners will embrace premium services when they deliver solutions that make the operation run more efficiently. In the case of cloud-based phone packages, you get more compatibility between tablets, smartphones, office phones, and CRM. You also end up paying less in the long run.